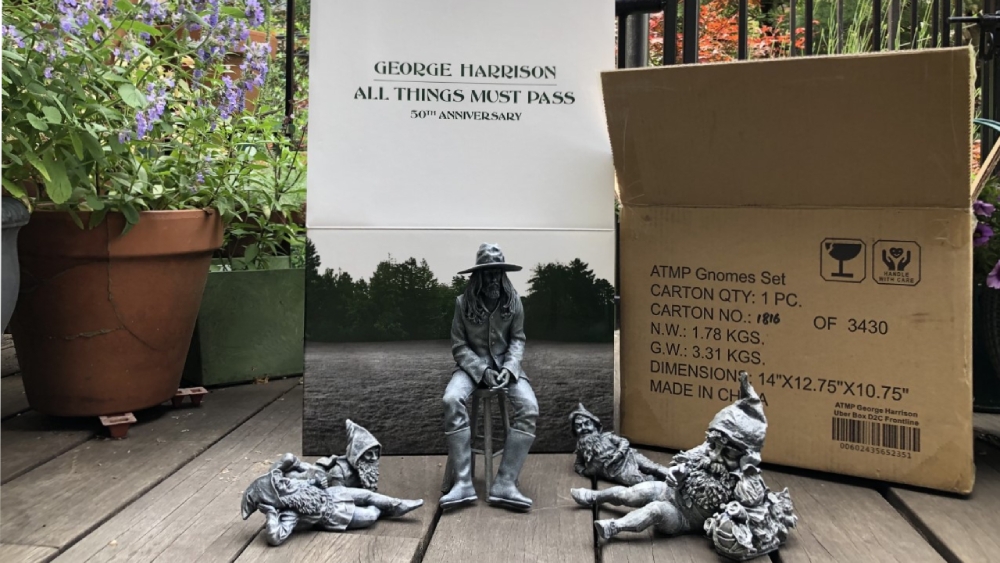 One of the great perks of working as an entertainment writer is the weird promotional stuff you get in the mail — cool things intended to amplify buzz around a project that can’t really be elaborate or useful enough to qualify as payola. Far beyond just t-shirts and hoodies, over the decades we’ve gotten everything from cufflinks to coasters, CD openers to mp3 players, clocks, dartboards, letter openers, stationery — we actually possess a Radiohead “Amnesiac” memo pad (get it?) from 2002 — Beach Boys beach balls, an embroidered Slayer denim jacket, Butthole Surfers toilet paper, a Bryan Ferry ashtray and even a snack-sized box of Tori Amos Corn Flakes (created to promote her 1994 single “Cornflake Girl”) that the singer reportedly rejected because she thought it was, well, ridiculous.

When the pandemic set in, the field entered a new realm, since there wasn’t much else a company could do to promote a project, so our doorstep was filled with big, elaborate boxes with food, booze, blankets, hats, mini loudspeakers, headphones, and lots more.

But the George Harrison promotional gnomes that arrived yesterday are in a league all their own.