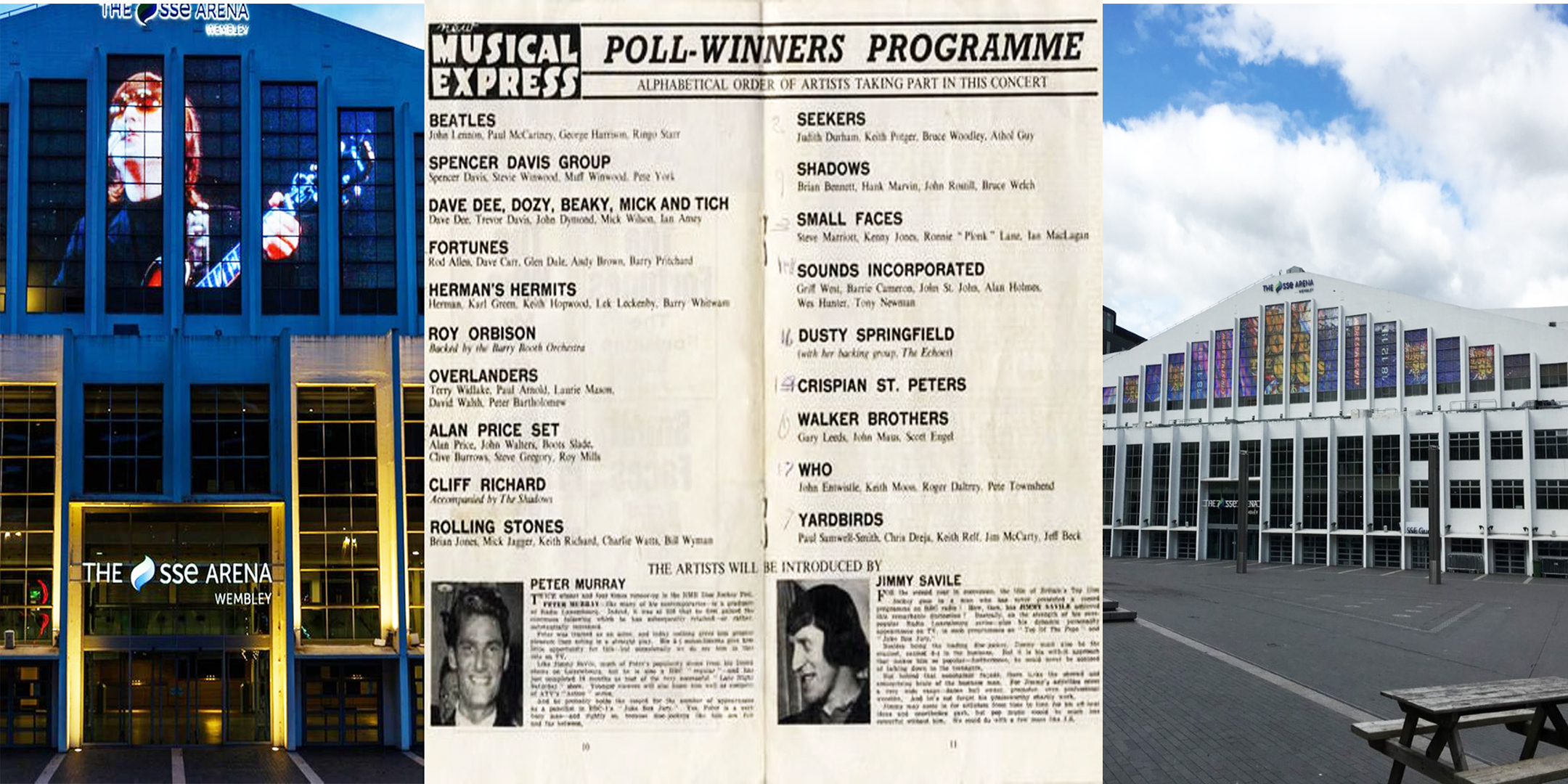 Join Richard Porter as he takes you on a virtual Beatles tour of some of the famous, but some lesser known, venues that the Beatles played in their career in London.

Through photographs, videos and a live commentary, journey with us to London and discover more about Beatles history.

In 1961 the Beatles, already a local Liverpool celebrity, were looking to enter the big show business. Sam Leach, an up and coming Liverpool music promoter, saw a great potential in them, and decided to organise a concert to showcase the Beatles to record company people and managers. London was the place where the music business happened, but Sam could not find a suitable venue, so his gig was to take place on Saturday, 19th December 1961 in Aldershot, a town some 30 miles out of London.
When the Beatles arrived at the Aldershot Palais Ballroom, only 6 people were waiting for them! The newspaper ad, for which Sam sent a £100 cheque to the local newspaper, was not printed, as the paper only accepted cash for new advertisers, – and no one told Sam!
Urgent measures were to be taken – some locals were roped in from pubs and clubs, who got in for free, and the Beatles attempted their first London show in front of a ‘crowd’ of 18 people! They were not inspired by the occasion. Pete Best recalls in his autobiography, “”We clowned our way through the whole of the second half. John and Paul deliberately played wrong chords and notes and added words to the songs that were never in the original lyrics.”
Having done with the whole sorry experience, the Beatles and their entourage decamped to London, where they ended up in the mysterious Blue Gardenia club – and that’s another story. 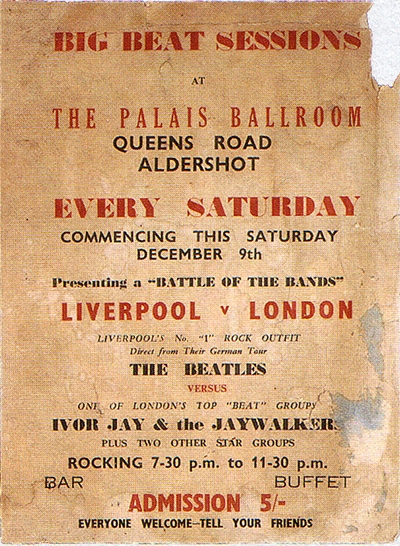 Poster for the Aldershot gig

The Gaumont State Cinema in Kilburn, in North West London, was a grand venue for 2 Beatles concerts in the early 60s.
It opened in 1937 and, with 4,004 seats, was the largest cinema in Europe at the time. It remains the third largest ever built in the UK. The Art Deco building, towering over Kilburn High Road, was christened after the Empire State in New York, bringing the American magic of popular entertainment to a suburban London district.
The large and meticulously designed interior was even grander – the Italian Renaissance opulence with black marble pillars, deep pile carpeting, pink mirrors and a candelabra copied from one in Buckingham Palace, it was old fashioned even by 1930s standards. The huge 100 ft by 50 ft stage was complimented by a Wurlitzer organ on a rising and revolving platform (today it is one of the few remaining in its original location fully functioning Wurlitzer organs in Britain, although totally hidden within the confines of the building as a church).
By the 1960s it was run by the Rank Organisation. Some of the rear stalls seating area had been converted into a ballroom, and the cinema used the front stalls.
The range of artists who had played there was very versatile – all top stars of their time, like Gracie Fields, George Formby, Paul Robeson, Django Reinhardt, Frank Sinatra, Bill Haley and the Comets, Buddy Holly, Cliff Richard, Jerry Lee Lewis and many other outstanding performers of the time.
It was to the Kilburn State ballroom – the live venue closest to the EMI recording studios at Abbey Road – that the Beatles came for the evening performance on 9 April 1963, after a busy day, having recorded for the Pop Inn radio show, then a TV show called Rendezvous.
The second gig at Kilburn State was on 23 October 1964, the 12th concert in their 1964 tour. This time they played 2 shows in the cinema, at 6.40 pm and 9 pm, for which they were paid £850.
After the Beatles, the Kilburn State hosted many other famous rock musicians, including the Rolling Stones, David Bowie, Deep Purple, The Who and many others. 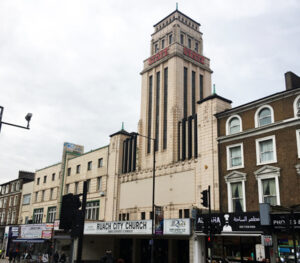 The Beatles played at the Gaumont State Cinema Kilburn, on 9th April 1963

“John stood astride in the familiar Lennon style, shoved on a pair of brown sunglasses with familiar Lennon panache, and belted straight into the vocal of ‘I Feel Fine’. The screaming seemed to reach the kind of level that only dogs and A&R men could hear.” – NME’s Alan Smith reporting on the Beatles performance at the Empire Pool Wembley.
The occasion was New Musical Express Annual Poll-Winners’ All-Star Concert – guess who won?!
The 10,000 crowd filled the Empire Pool on that day. It was built for 1934 British Empire Games at Wembley and originally housed a swimming pool – hence the name, which could be converted into a skating rink. It was used for the swimming competitions for the 1948 Olympics, but then converted into a sports and concert venue. In the 1960s it hosted the annual NME Poll Winners Concerts and it was here that the Beatles came for their 4th appearance at this annual event on 1 May 1966.
Sharing the bill with the Beatles were the Rolling Stones, The Who, Dusty Springfield, the Yardbirds, the Walker Brothers, Roy Orbison, the Spencer Davis Group with Stevie Winwood, Cliff Richard, Sounds Incorporated, the Shadows, Herman’s Hermits and the Small Faces, – a star line up, hardly matched before or since in the importance of the history of the 1960s rock music! It was even more important for the history of the Beatles – it was their last ever scheduled live performance in the UK, as well as the largest ever attended in this country.
For all the excitement and importance of the occasion, it is a great loss that only the lucky audience of the day saw the Beatles play.
The show was filmed and televised, but the cameras were turned off for the Beatles set, – find out why, and what we can see from that important event, on my Beatles Live virtual tour.

“Four thousand holes in Blackburn, Lancashire
And though the holes were rather small
They had to count them all
Now they know how many holes it takes to fill the Albert Hall”
This famous Beatles location gets a mention in a song – A Day in the Life, from the Sgt. Pepper’s Album. The Albert in question is the husband of Queen Victoria, one of our most famous monarchs. That’s the gilded man seated beneath the ornate canopy in the memorial across the road.
The 5,272 seat venue was opened in 1871. Some ten years earlier Prince Albert organised a Great Exhibition – the first in Britain, showcasing the best industrial and cultural achievements what the country and its vast colonies could produce. The exhibition was a great success, and with some of its proceeds the land in Kensington was bought, in order to establish facilities for the benefit of the nation. Albert Hall is part of this complex, which includes the Victoria and Albert, Science and Natural History museums, learned societies, Royal Colleges of Art and Music.
Albert Hall is an amazingly versatile venue – it has hosted just about any type of concert imageable, from the classical Proms to rock and pop stars, ballet and theatre, and even sporting fixtures. You can see the huge array of the events and personalities captured in the pictures adorning the walls of all the corridors and staircases of the building.
What about the holes? It was a random phrase that Pete Shotton, John Lennon’s friend, came up with, when John was stuck for a rhyme to ‘small’. However, seating in the auditorium, look up – you will see huge bubble like mushrooms suspended from the ceiling. They do look very much like holes! The original building, with its curved dome, had terrible acoustics, and in the 1960s it was decided to suspend fibreglass acoustic diffusers from the ceiling, which solved the problem.
The Beatles – together and individually – had lots of exciting adventures in Albert Hall, some of which I will reveal on my Beatles live tour 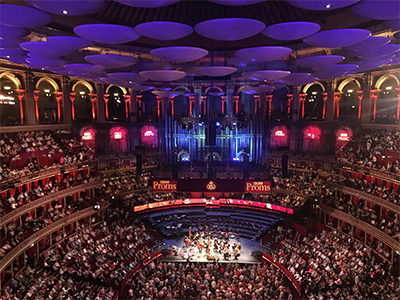 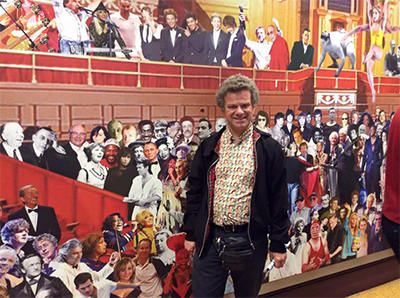 In June 1963 The Beatles played a concert at the Woolwich Granada, as part of their national tour with Roy Orbison.
During the tour, Beatles were asked in an interview about their favourite sweets, and, according to George, it was Jelly Babies. In the best traditions of Beatlemania, a deluge of this confectionary was unleashed on the Beatles in the following UK concerts.
Jelly Babies have a history much longer than the Beatles. The solidified jelly pieces in the shape of babies started in Lancashire, in the north of England, in the 19th century. By the 1960s they were made by Bassets, a UK confectionary company, which did very well from the increase of sales to the Beatles devotees. In fact, they were so appreciative, that in 1966 Bassets sponsored Kenny Everett to go to America to cover the Beatles tour for Radio London.
The Beatles, however, were not happy at all. Being pelted by anything while trying to perform on stage was not good, and the little projectiles in huge numbers were not only annoying, but also dangerous. In the same year as it all started, 1963, George already regretted this public choice of confectionary – in a letter to a fan he said, “We don’t like jelly babies, so think how we feel standing on stage trying to dodge the stuff. Besides it is dangerous.”
Too late! It got even worse when they went to America – they did not have Jelly Babies there, they had Jelly Beans. The latter were not soft and squidgy – they had a sugar coating and were as hard as stones.
During the 1964 tour a concert in San Francisco had to be stopped twice because the Jelly Beans deluge got too much!
In 1966 the Beatles stopped touring. The world’s love affair with Jelly Babies, however, goes on. Bassets is now a part of Cadbury’s, UK’s most prominent confectionary manufacturer, and you can get packets of Jelly Babies in any supermarket here. I guess the Americans are just as fond of Jelly Beans?! 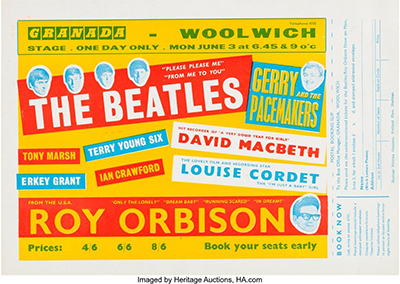 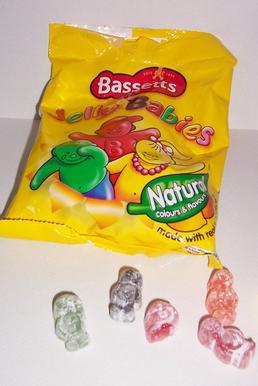 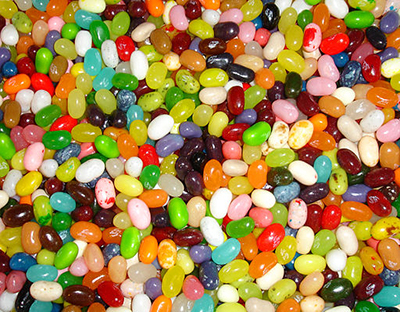