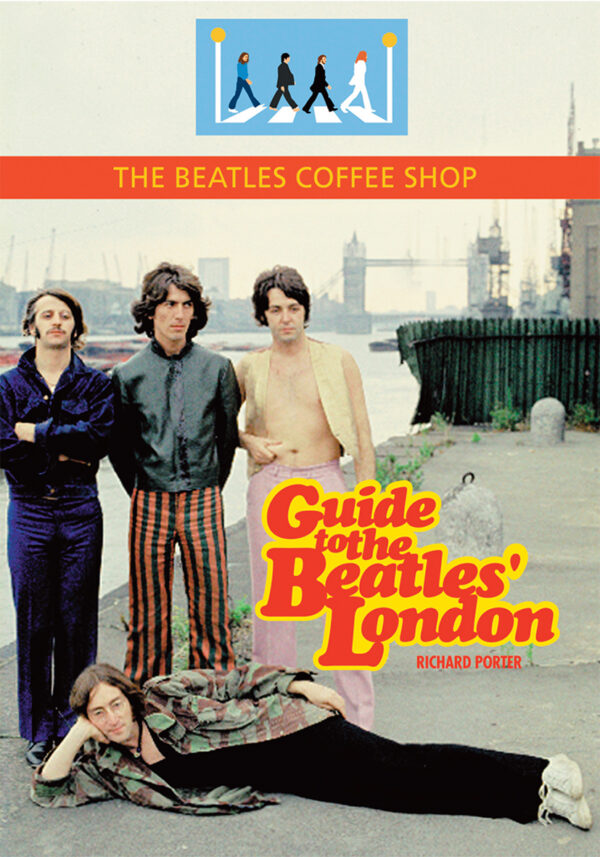 My book ‘Guide to the Beatles London’ is now available in paperback – or a digital download.

maps and directions how to get there

an essential souvenir of the London Beatles walking tours, plus an independent guide to many more Beatles places in London not visited on the tours

scores of previously unpublished and rare photos, including The Beatles at their homes and in Abbey Road Studios

unique content and professional design make it an ideal momento of your trip to London, or a special present for your Beatle fan friend!

Contents: The book is divided into the followings sections:

The Story of The Beatles in London. A chronological history from their first visit to London to their break-up.

Drive My Car. Other Beatles locations in and around London.

More information of use to Beatles fans coming to London.

Places included in the book include: Abbey Road Studios, the former Apple building at 3 Savile Row, the Beatles homes, offices, recording studios and many others.

However, the book is more about the people that frequented the buildings, rather than the buildings themselves. Find out what John Lennon was doing outside some public toilets in 1966; discover which famous Beatles song was recorded in a studio next to a strip club: learn how some ladies tights saved an important Beatles event: uncover who were the Apple Scruffs featured in the GeorgeHarrison song

For more info – and to order your copy, please click here