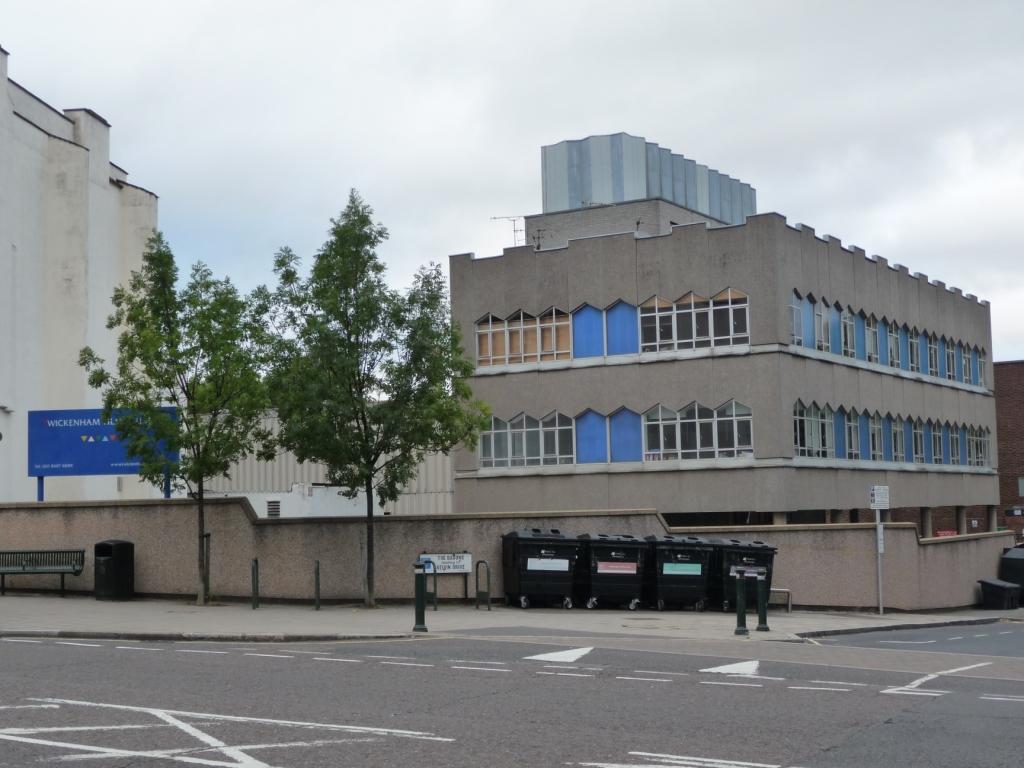 In October 2001 a crew from Miramax from the US were in London to interview the original cast and crew of the film – and I was lucky enough to be involved. I had three days in the company of the people that made one of my favourite films – and had a great time.I was first approached at the Chicago Beatlefest to be involved in the DVD by Martin Lewis, the producer of the DVD edition. He wanted help with some of the original film locations and with locating some of the people involved in the film, and with providing archive material from my collection.

Originally, Martin and the film crew were due in London in mid September, but filming had to be postponed due to the tragic events of September 11th.The film crew finally made it to London in early October, and spent a week interviewing the original cast and crew. Many of the interviews took place in Twickenham Film Studios, where most of the interior scenes of the film were shot.

The interviews were divided in two. On Thursday October 11th the crew of the film were interviewed and the next day the cast. On each occasion the participants had a chance to see the film again. And then they all contributed their reminiscences in a “roundtable” setting on audio. Each participant was also interviewed on camera individually by Martin.

I spent much of each day chatting to the participants while the others were being interviewed. At one point Martin discovered that one of the crew members waiting to be interviewed needed to leave soon because of his travel schedule – so Martin asked me to lend a hand and finish off an interview that he’d started with couple of the sound editors. That was something I wasn’t expecting! Martin told me afterwards that he was very pleased with my work.

Disappointing for me personally – Richard Lester, who of course directed the film, was not present with the other members of the crew that re-united at Twickenham Film Studios on the first day. He was unavailable that day – and Martin did a very extensive interview with him on another day. However many other fascinating characters were. These included Gilbert Taylor, who prior to working on A Hard Day’s Night, had been cinematographer on Dr Strangelove, and subsequently went on to be cinematographer on Star Wars and Alfred Hitchcock’s Frenzy. He had loads of stories about these great films he worked on.

Other Beatles-connected people present were Roy Benson, who was an assistant editor on A Hard Day’s Night, who, three years later, spent 3 months editing Magical Mystery Tour. Also present was Denis O’Dell, who was assistant producer on A Hard Day’s Night and later was head of Apple Films. I chatted to Denis in the cavernous studio one at Twickenham Film Studios, where The Beatles also filmed much of Let it Be. Denis told me it was really him who produced the film but towards the end of shooting Neil Aspinall asked if he could be credited as the producer and Denis agreed.

I heard many stories about the making of the film which I won’t give away here – you’ll have to watch the DVD! I did hear one story that I found very amusing. As most of you know John, George and Ringo all had their solo spots in A Hard Day’s Night, without the other Beatles. The idea was to introduce The Beatles to their audience as individuals. You are probably wondering why Paul McCartney didn’t get a solo spot. Well, he did actually film one, but it got cut. The scene was based in a rehearsal studio for actors with Paul and actress Isla Blair. The official reason given for the scene being cut was that it didn’t fit with the rest of the film. However the version I heard was that Isla was wearing a low-cut period costume and Paul was staring down her cleavage! It wasn’t noticed until it was too late to re-shoot so Paul lost his solo scene!

For lunch Martin took the crew to the nearby pub The Turk’s Head. This too was A Hard Day’s Night location. It was the pub which Ringo enters during his walkabout and disrupts all the pub games. The bar looks remarkably similar to this day. Winchester Hall, the function room of the pub, was used by The Beatles for an end of filming party and it was here the crew enjoyed a grand meal and further reminiscences.

One lady I met that day was Betty Glasow, who was The Beatles hairdresser on both A Hard Day’s Night and Help. She had with her a photo album filled with amazing mementos, including a photo of the Fabs in Help signed by all four with funny captions. I couldn’t help noticing that George signed as George ‘Dandruff’ Harrison! She also had a signed first edition of A Spaniard in the Works, signed with a special message from John, together with a lock of his hair. When I told her how much I thought her collection was worth she was amazed.

The next day it was the turn of the actors in the film. Those present included John Junkin, who played Shake, Anna Quayle, who played Millie -the lady who engages in a conversation with John in the corridor, dancer Lionel Blair, Jeremy Lloyd, who is seen dancing with the Fabs in the nightclub scene. He was the one teaching Ringo the Jumping dance! Another great character I met was David Janson. He played the young boy that Ringo bumps into when walking by the river.

As with the crew – everyone was interviewed both separately and in a roundtable setting. And they all had lunch at the Turk’s Head pub.I had a wonderful time meeting all these wonderful characters and hearing their stories of how one of my favourite film was made.

Find out more about the making of A Hard Day’s Night on my Beatles London Film Locations Virtual Tour, Wednesday 10th March at 7pm (UK time)