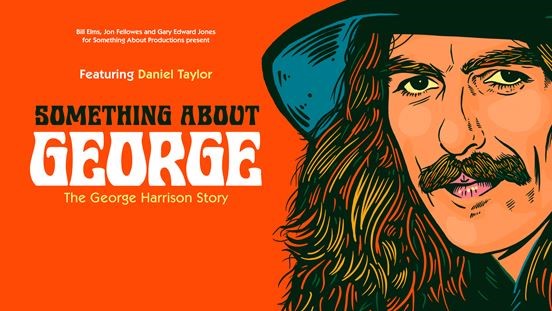 A new music show highlighting the incredible talent of the late Beatle George Harrison is set to embark on tour dates across the UK after being premiered in Liverpool.

Something About George – The George Harrison Story, which pays tribute to the man dubbed the “quiet Beatle”, was met with acclaim by both audiences and critics when it closed the Liverpool Theatre Festival last September.

Now West End performer and musician Daniel Taylor is set to take the show on the road on a seven-date tour this summer ahead of a two-week residency at the Edinburgh Fringe.

And a new full two-hour show, with visuals, soundscape and set design will be performed at the other venues – with Danny Taylor joined by three other top musicians to create a fab four band.

The tour opens at The Haymarket Basingstoke on Thursday 9 June before moving on to The Beggar’s Theatre Millom (11 June), St Helens Theatre Royal (16 June), Epstein Theatre Liverpool (18-19 June), Coventry Assembly Festival Garden (21, 23 and 25 June), The Mill Arts Centre Banbury (30 June) and King’s Hall Ilkley (8 July). It will then perform at the atmospheric The Bijou in Edinburgh from 4-18 August.

And the 2022 dates will be followed by an even more extensive tour which is planned for 2023.

Featuring beautiful songs like My Sweet Lord, Something, and Handle With Care, Something About George showcases Harrison’s incredible solo material and music from rock ‘n’ roll’s greatest supergroup, The Traveling Wilburys which was made up of Bob Dylan, George Harrison, Jeff Lynne, Roy Orbison, and Tom Petty. And any show celebrating one of the Fab Four just has to include a few classics from The Beatles. From heartbreak to hedonism and song writing to success, Something About George celebrates a life that was anything but quiet.

This remarkable tale comes from the creators of the critically acclaimed production Something About Simon – The Paul Simon Story, which was a smash hit when it was premiered at Liverpool’s Epstein Theatre in 2018. The show went on to triumph at the Edinburgh Fringe in 2019, where it was chosen for a residency at the Fringe Encore Series at the SoHo Playhouse in New York City, where it playedsix sell-out performances. The show was also part of the programme at the inaugural Liverpool Theatre Festival in 2020.

Daniel is an award-winning actor, producer, and director. He trained at Webber Douglas Academy of Dramatic Art in London. He has also produced, directed, and performed as Bottom in A Midsummer Night’s Dream and Tybalt in Romeo and Juliet (both for the Epstein Theatre, Liverpool).

He has previously played John Lennon in the award-winning Lennon Through A Glass Onion; Sammy in Blood Brothers; and appeared at the very first Liverpool Theatre Festival in his show, The Very Best Of Tommy Cooper.

Daniel Taylor said: “We had a fantastic response when we premiered Something About George in Liverpool last autumn, and now I’m thrilled to be able to share George Harrison’s incredible story with audiences in Edinburgh and right across the country.

“After all his achievements, George is still one of the most underrated songwriters that has ever lived, and this is a perfect chance to celebrate and shine a spotlight on his musical genius.”

Something About George iswritten by Jon Fellowes, who co-produces show alongside Liverpool-born singer songwriter Gary Edward Jones and theatre producer Bill Elms. Collectively, the trio are Something About Productions, the creative team behind the hugely successful Something About Simon – The Paul Simon Story.

Something About George is not a tribute show as we know it. It is one musician authentically honouring the music of another, utilising all the tools at his disposal.

“We feel privileged to be able to highlight the legacy he left behind. We’re excited to share this journey with audiences on this inaugural UK tour and are sure they will leave the show knowing more about George and his incredible life.”

SOMETHING ABOUT GEORGE LISTINGS

Tickets on sale on Thursday 5th May.