It Was 60 Years Ago Today – The Beatles First Recording Session at EMI Studios, Abbey Road 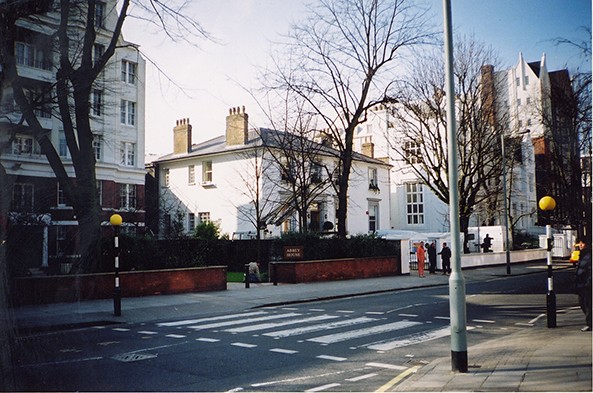 It was 60 years ago today!
June 6th 1962 – the Beatles first went to EMI Studios at Abbey Road. They recorded versions of ‘Love Me Do’ ‘Besame Mucho’, ‘PS I Love You’ and ‘Ask Me Why’
Earlier in the day, they had rehearsed many songs, and decided to record four of them later.
Things didn’t go smoothly:
“The Beatles didn’t make a very good impression, apart from visually. I mean, we heard nothing of John and Paul’s songwriting ability. They had tiny little Vox amplifiers and speakers, which didn’t create much of a sound at source. Of course, every sound engineer wants some kind of sound at source that he can then embellish and improve, but I got nothing out of The Beatles’ equipment except for a load of noise, hum and goodness-knows-what. Paul’s was about the worst — in those days we had echo chambers to add onto the reverberation, and I had to raid the Studio Two echo chamber in order to fix him up with a sound so that we could get something down on tape.” – Norman Smith
Most documentation for the session has long been destroyed, but we know it was produced by George Martin with assistant Ron Richards, and was The Beatles’ only EMI session to feature Pete Best on drums; when the band returned to Abbey Road on 4 September, Ringo Starr was the group’s new drummer.
Ron Richards was initially in charge of the session – George Martin was only brought in when balance engineer Norman Smith was struck by the quality of Love Me Do. Smith instructed tape operator Chris Neal to fetch Martin, who took over the rest of the session. It was unusual for a producer to be present for an artist test. However, on this day Martin stayed for most of the session.
“The control room door opened and in walked George Martin himself. And I thought to myself, ‘This must be some kind of special artist test for him to show up.’ Because producers didn’t normally attend artists test. It was always their assistants. And, of course, up to that time, George was not involved at all with any guitar groups. He did a lot of comedy records, like Peter Sellers and stuff like that.”Norman Smith
Afterwards George Martin invited the Beatles to the control room to talk and listen to the playback.
We gave them a long lecture about their equipment and what would have to be done about it if they were to become recording artists. They didn’t say a word hack, not a word, they didn’t even nod their heads in agreement. When he finished, George said ‘Look, I’ve laid into you for quite a time, you haven’t responded. Is there anything you don’t like?’ I remember they all looked at each other for a long while, shuffling their feet, then George Harrison took a long look at George and said ‘Yeah, I don’t like your tie!’ That cracked the ice for us and for the next 15-20 minutes they were pure entertainment. When they left to go home George and I just sat there saying ‘Phew! What do you think of that lot then?’ I had tears running down my face.
https://www.youtube.com/watch?v=i1mgIZrlLSE
We go to Abbey Road on my London Beatles Walks http://www.beatlesinlondon.com