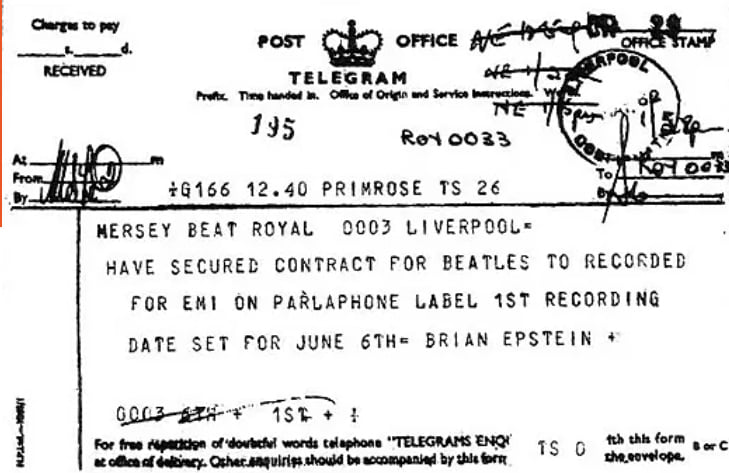 On May 9th 1962, Brian Epstein met with George Martin at EMI Studios, Abbey Road, London to discuss The Beatles. They had first met at George Martin’s office at EMI House, in February, but at the time, George Martin seem rather disinterested in the Beatles. So when Brian an invitation to meet George again he was both delighted and probably rather surprised.

At this point, George Martin had not seen the Beatles perform, nor had he met them, but told Brian Epstein he would like to invite the Beatles to a recording session with him, which was booked for June 6th.

At the time, The Beatles were in Hamburg, playing at the Star Club. Brian immediately went to St John’s Wood Post Office in Wellington Road – about a 10 minute walk from Abbey Road, to send them a telegram to tell them the good news, and another to Bill Harry – so the news could be reported in the next issue of ‘Merseybeat’

The Beatles were on their way to being recording artists!