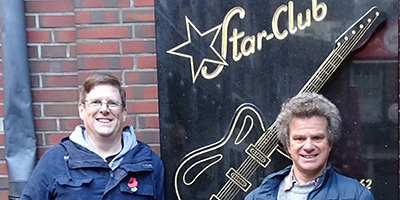 The Beatles in Hamburg

Join Beatles guides David Bedford and Richard Porter as they take you on a virtual tour around Hamburg.

Visit more than just the famous Grosse Freiheit locations, as we take you on a Virtual Tour of the studio where the Beatles recorded My Bonnie and where many iconic Beatles and Stuart Sutcliffe photographs were taken. 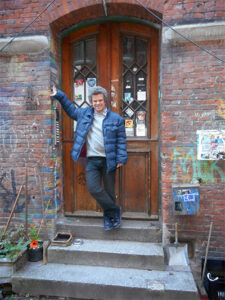 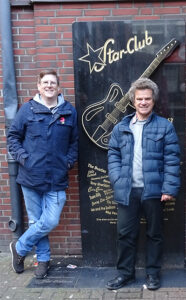 David Bedford and Richard Porter at the Star Club, Hamburg

Join David Bedford and Richard Porter as they take you on a Virtual Beatles Tour of some of the famous, but some lesser known, venues that The Beatles played in their career in both Liverpool and London.

You know The Cavern Club, but what do you know about Barnston Women’s Institute or Irby Village Hall? How about the Morgue or the Pillar Club, which existed before the Casbah and before The Cavern turned to rock ‘n’ roll?

Through photographs, videos and a live commentary from David and Richard, journey with us to Liverpool and London and discover more about Beatles history.