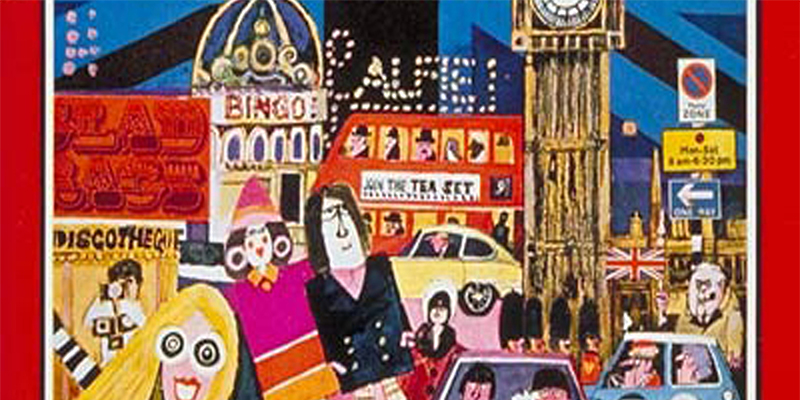 Welcome to my Rock’n’Roll London live and interactive virtual experience! Visit iconic Rock and Roll sites in London from the comfort of your own home!

During the 1960s and 1970s London based groups and artists – The Beatles, The Rolling Stones, The Who, David Bowie, Jimi Hendrix, the Sex Pistols and many others – dominated the world, yet most started out playing in small London clubs. Soak up the creatively charged atmosphere of this now lost artists haunts on my unique virtual tour.

I will share with you the stories of the street where rock music was heard from every building; where you could watch the pioneers of British rock and roll drinking cappuccino; the music venue with the notoriously sticky floor – where you could see acts perform in front of 200 people before they went on to ‘Stadium rock’; and the venue where Jimi Hendrix, Pink Floyd and Cream all played in the same month!

• Where the Rolling Stones recorded their first album

The Beatles’ manager Brian Epstein had theatrical ambitions – although he failed as an actor, he came to run the Saville Theatre in London. During the week the theatre put on normal shows, but Sunday was the concert night, featuring acts like The Who, Jimi Hendrix (on the same bill!), Pink Floyd, Cream and many others. It was here that the Beatles shot the video for Hello Goodbye, dressed in their Sgt.Pepper’s uniforms – the ultimate ‘show’ to top them all!

Find out more about the Saville Theatre and what it is now on the Rock’n’Roll London virtual tour.

Alexis Korner has been called “The Godfather” of British Blues. He started out playing in the ‘breakdown group’ of the Ken Colyer Jazz Band – and later with his friend Cyril Davis with Chris Barber. Alexis and Cyril then formed their own band Blues Incorporated – and changed British Popular Music.
In 1983 Alexis organised a special concert at the Marquee Club in London to celebrate its 25th anniversary. Amongst his guests at the gig were Bill Wyman and Charlies Watts of the Rolling Stones. I was lucky enough to be there!
Hear about Alexis Korner, his legacy, and this amazing gig on this virtual tour. 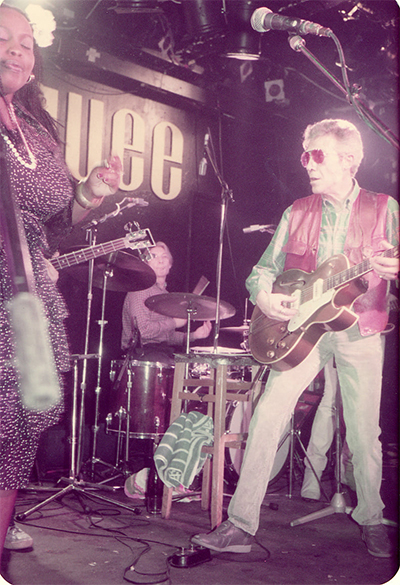 Alexis Korner at the Marquee Club 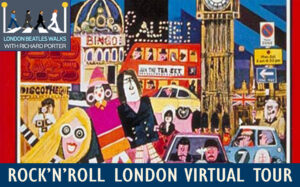 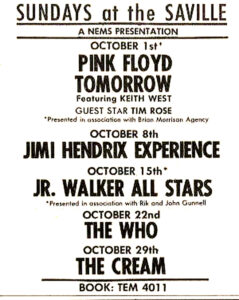 Sundays at the Savile Theatre 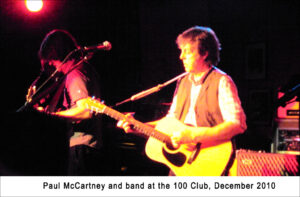 Paul McCartney at the 100 Club, London