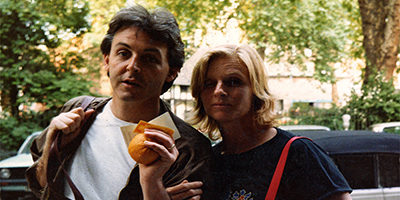 Join Paul McCartney in London – the unique interactive experience, from the the comfort of your own home

Paul McCartney is the Beatle who is most connected with London, from the 1960s when he started living here, until this day. Visit many locations associated with his life and work here, including

She Came In Through The Bathroom Window – is, actually, what happened in real life. In the 60s Paul McCartney was the only Beatle who lived within walking distance of the Abbey Road Studios. His house was a magnet for fans, who were always around, and sometimes did useful things, like walking Martha the dog in nearby Regent’s Park. On one occasion, however, they proved less good, when the temptation of a ladder against the wall of the bathroom, leading to an open window, proved too great, and a bunch of them got in. Learn what happened next, and how I met the culprit, on the Paul McCartney in London tour.

On 26th April 1982 Paul McCartney released the Tug of War Album.
I bought it on the day at the Virgin Megastore in Oxford Street. On coming out I saw a blue Mercedes car passing me – and realised it was Paul’s car! He was on the way to nearby AIR Studios.
Luckily there was a lot of traffic that day and I ran like hell, trying to get to AIR before Paul. On seeing me chasing him Paul pointed at me out of the car window and laughed. I just manage to get there before him. When the car pulled up, he said, ‘Training for the Olympics are we!’ We had a short chat and he signed my album.
Great memories. 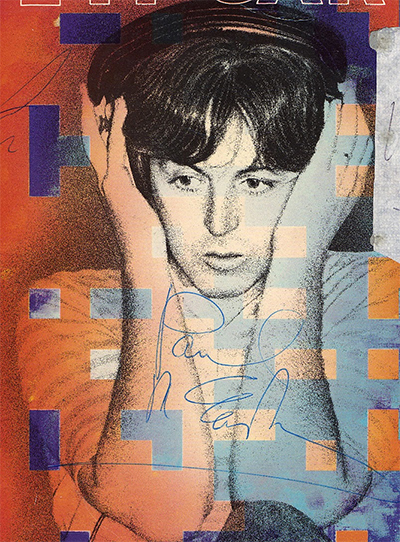 Paul McCartney was the only Beatle who lived in London from 1970s onwards – the other Beatles moved out of the metropolis then! Paul continues to have a London residence to this day. In 1978 he honoured his connections to this city by the album London Town, with the cover picture featuring him, Linda and Denny Laine on a boat on the river Thames by Tower Bridge. However, most of the album was recorded on a boat in the Virgin Islands – so much for the ‘’silver rain was falling down upon the dirty ground of London town”! The promotional video was recorded in the studio – probably for the same reason!

End of the Beatles – but a new beginning for Paul McCartney
In April 1970 Paul McCartney gives an interview to himself which is included with the ‘McCartney’ album, in which he drops a bombshell – he is leaving the Beatles!
At the same time he announces the formation of MPL – McCartney Productions Ltd, (not McCartney Paul and Linda as some people say). Paul had great plans for his solo career, and MPL was to look after all of this affairs, financial as well as creative.
From 1976 the MPL’s headquarters have been at No.1 Soho Square. The company has grown into a huge empire – in addition to looking after Paul’s interest, MPL owns the publishing rights to a huge music catalogue, covering 100 years.
Paul has his own office, with big windows overlooking the tranquillity of Soho Square. He is often seen in the area, and I met him on many occasions. This is the photograph of Paul and Lynda I took in June 1983
I share the stories behind the impressive façade of MPL communications on my virtual tour. 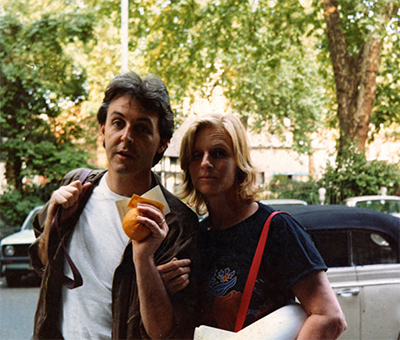 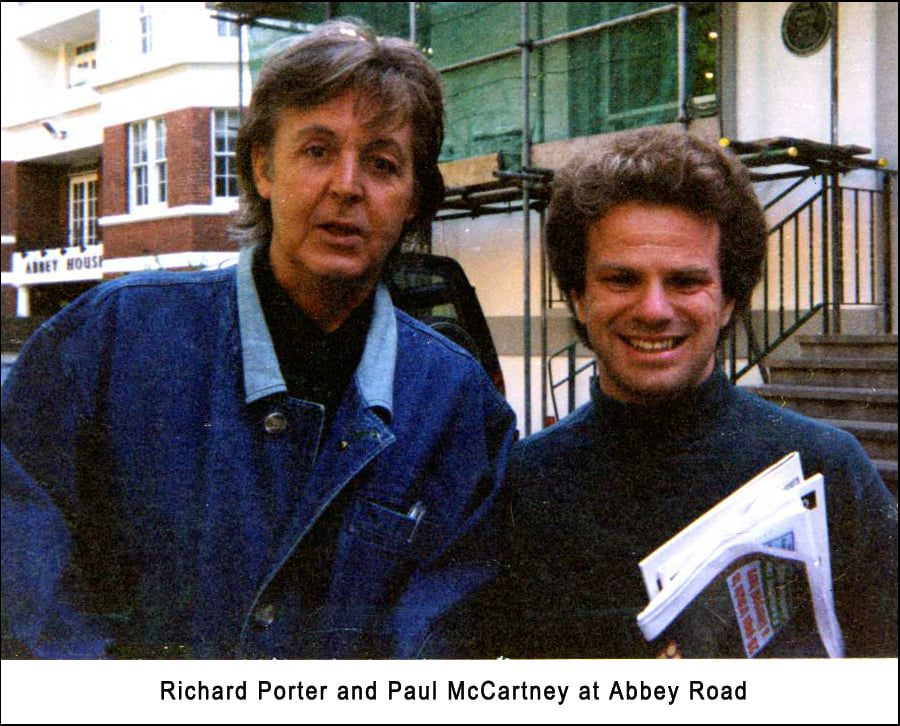