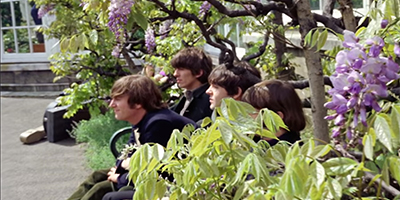 Join the Beatles in London from the comfort of your own home for the unique interactive experience – Beatles London Film Locations!

This online tour is a unique opportunity to join the Beatles as they were making Help!, Let it Be and A Hard Day’s Night in London, and meet other fans from all over the world, from the comfort of your own home.

How exciting is it to be in the Beatles video? Some time ago I met Bengt Ahlstrom, who was 19 in 1968 and travelling in Europe by car. He met a girl from Apple in Oxford Street, and she gave him an invite to join the recording session of Hey Jude with the Beatles! 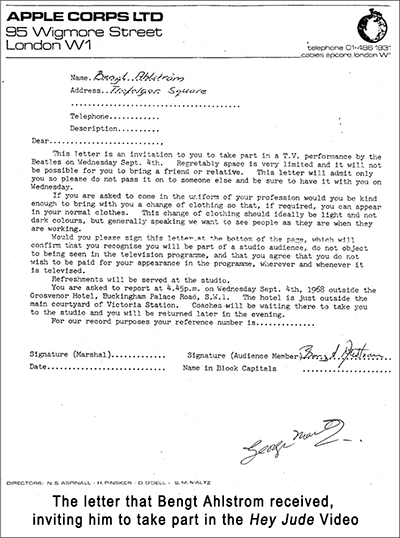 Read the full story in my blog here

May 1966. The Beatles are filming promo videos of Rain and Paperback Writer at Chiswick House grounds. Inevitably, the news reaches the nearby school, and scores of girls assault the park gates, in the hope of getting a glimpse of their heroes. One girl managed to get through, and got to have a chat with John and George – lucky her! Learn more about the filming at Chiswick House on this tour

Help! The Beatles are being chased by the Dreaded Kaili along the Thames towpath and into the City Barge pub. Make a virtual trip to the ‘then’ and ‘now’ scene of the famous moment from Help! – no tigers are to be found there today! 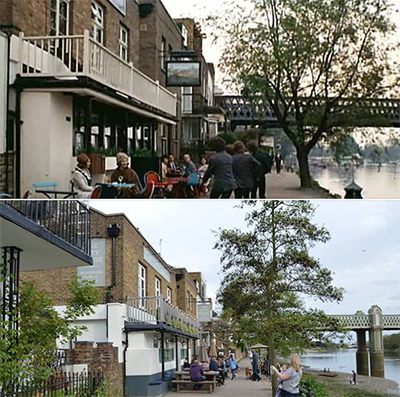 City Barge Pub in the 60s and today

Where would you want to be on a cold and dreary day in January? In 1969 the Beatles wanted to be in a Roman amphitheatre in the middle of the desert in Tunisia – that was the original idea for a hypothetical concert the Beatles would film for their next project. What happened in reality could not be more different. The filming of the rehearsals began in Twickenham film studios in early January. Great as the studio was for making movies, it was not suitable for music making – from freezing cold premises to timings (they had to start early in the morning to fit in with the film crew), the whole process caused them a misery! They did not get on among themselves, and at some point, George left the band, only to rejoin when the filming was transferred to the Apple studio in Savile Row. However, some fun was had – after all, the Beatles were making music, and that’s what they were about! This is clear from the trailer, announcing the release of the official Peter Jackson documentary Get Back later on this November.

Let It Be: How the Beatles tried to get back to their roots

Few child actors had the luck of the 13 year old David Jackson, who made a cameo appearance in A Hard Day’s Night in 1964. His character, a young truant, threw a tyre along the Thames tow path at Kew, which knocked Ringo off his feet. That was the idea, but they had to do this again and again, because the tyre kept missing Ringo! This story was told to me by David himself when I was helping with the making of A Hard Day’s Night DVD. We went back to the same location, with David dressed as Ringo. Hear about our adventures on the day on my Beatles London Film Locations virtual tour! 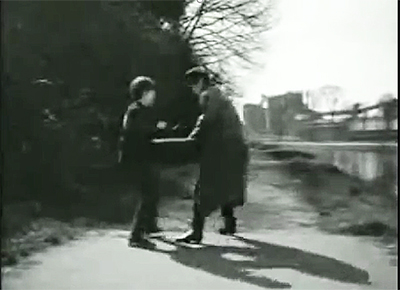 Ringo and David Jackson in A Hard Day’s Night film 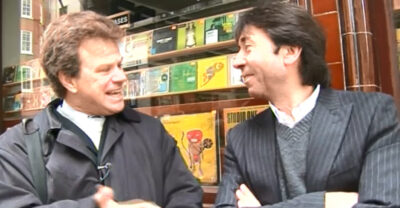 On 10th March 1964 Ringo Starr filmed his solo ‘walkabout scene for a A Hard Day’s Night. He is goaded by Paul’s grandfather (played by Wilfred Brambell) that he should go out and enjoy life. Ringo enters the pub through the side entrance (actually in St Margaret’s Grove). He orders a sandwich, which looks extremely stale. He complains about it and interrupts the pub games. This scene was filmed at the Turks Head Pub in Winchester Road, St. Margaret’s, just a few yards away from the film studio.
Find out more about this scene – and who accompanied Ringo, on my Beatles London Film Locations Virtual Tour. 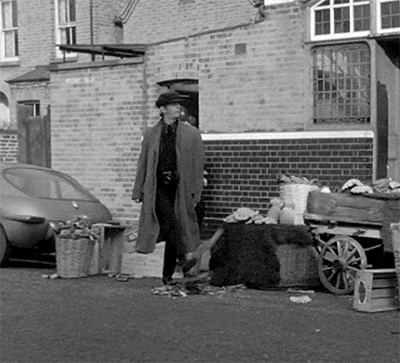 Ringo in A Hard Day’s Night 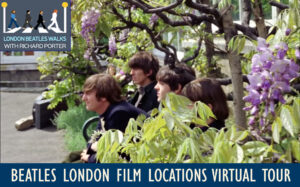