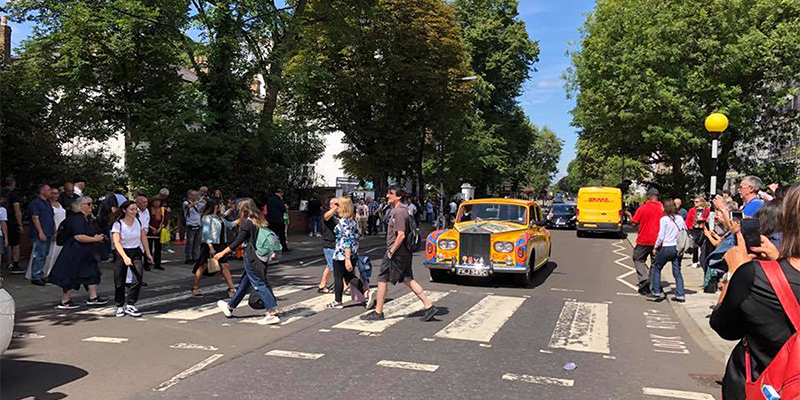 Join the Beatles in London from the comfort of your own home for the unique interactive experience Abbey Road and the Beatles virtual tour!

The iconic Abbey Road studios, the flagship of EMI’s record empire in the 60s, is known around the world as the place where the Beatles recorded almost all of their hits. What is it like to visit this hallowed place? I did, on several occasions, and on this virtual interactive tour I will share my experience and give you the in-depth story of how this ordinary town house became the cradle of rock music.

We will visit St John’ Wood – one of the wealthiest areas in London – and what the Beatles got up to around here.

You will learn the intimate details of how the Abbey Road album cover photo was taken on the famous crossing – please bring along your Abbey Road pictures to share if you’ve been on one of my tours before!

Did you know that you can see the famous crossing in real time? And that the album cover photo led to the rumour that Paul McCartney was dead? When you learn who else got up to naughty antics there, you’ll never look at it the same way again!

Plus Paul McCartney’s London residence and where a chance encounter lead to Paul writing a very evocative song and many more fascinating facts and stories.

But it’s not only the Beatles – hear stories of Oasis, Pink Floyd, Bon Jovi, and even Glen Miller and Edward Elgar – Oh and there is also the ‘other’ St John’s Wood Studio that saw hits by Ultravox, Kim Wilde, The Smiths?

EMI Studios, 6 June 1962. Excited and enthusiastic, John, Paul, George and Pete come to meet producer George Martin for their first recording session at Studio 2. Afterwards they come up the stairs to the control room on the level above, from which George Martin had been overlooking their performance. The producer gave them a long lecture on how to make records, and then said “I’ve had my say, now tell me if there’s anything you don’t like”. George Harrison looked him and up and down, and said, ‘For a start, I don’t like your tie’. Everyone had a laugh (apart from Pete Best….), and they got on famously after that. What was George Martin’s role in the Beatles? What does it take to produce the most creative and ground breaking songs of all times? Did George Martin make the Beatles or did the Beatles make George Martin? Was it a smooth ride all the way? Find out all that and more on our online tour. 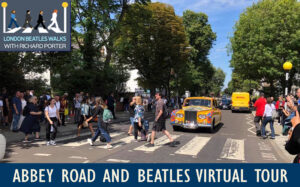