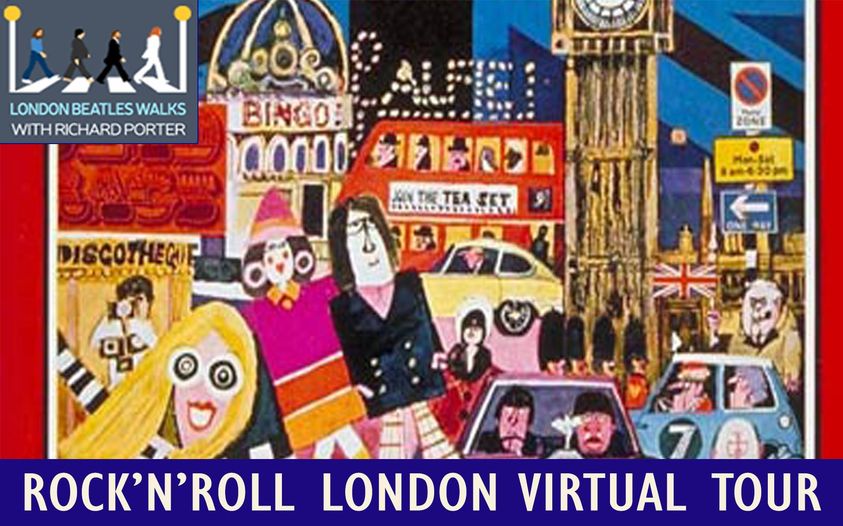 Welcome to my Rock’n’Roll London live and interactive virtual experience!

Visit iconic Rock and Roll sites in London from the comfort of your own home! During the 1960s and 1970s London based groups and artists – The Beatles, The Rolling Stones, The Who, David Bowie, Jimi Hendrix, the Sex Pistols and many others – dominated the world, yet most started out playing in small London clubs. Soak up the creatively charged atmosphere of this now lost artists haunts on my unique virtual tour.

I will share with you the stories of the street where rock music was heard from every building;

where you could watch the pioneers of British rock and roll drinking cappuccino; the music venue with the notoriously sticky floor –

where you could see acts perform in front of 200 people before they went on to ‘Stadium rock’;

and the venue where Jimi Hendrix, Pink Floyd and Cream all played in the same month!

We will visit: • Where the Rolling Stones recorded their first album

• Plus many more! This is a live online tour, and that there will be a Q & A session at the end. It is a great opportunity to meet fans from around the world!